The Ma’mo’weh Wii’soo’ka’tiwin Foundation was established in May 2019 to support the work of the Kenora Chiefs Advisory, an alliance of nine independent First Nations within the Western Region of Treaty 3 Territory.

Since 1995, KCA has been delivering effective health, mental health, social service, education and wellbeing programs that touch the lives of over 4,200 community members every year.

90% of KCA’s annual budget comes from the provincial and federal governments. Much has been achieved with their generous support, but resources are limited, and funding is usually short-term and restricted to specific activities.

To go beyond standard programming and increase its impact, KCA needs independent, flexible and more diversified funding. The Ma’mo’weh Wii’soo’ka’tiwin Foundation is a bridge to private and corporate foundations and individual donors who embrace new ideas and new approaches to strengthening Indigenous communities. 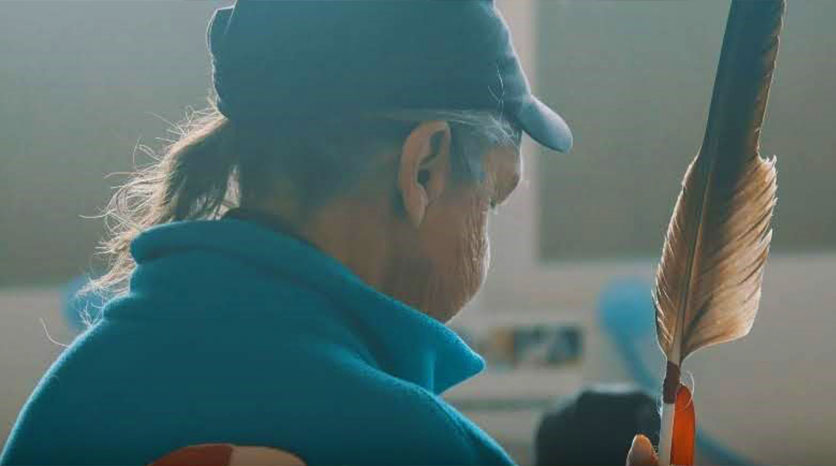 Strong Anishinaabe people, families and communities, now and for the next seven generations.

Respect all life on Mother Earth. Respect Elders and people of all races. Honour all of Creation. Never hurt or humiliate others with unkind words. The essence of respect is to give and share.

Love is the essence of life.  Always act in love.  Love the Creator.  Love Mother Earth.  Love yourself, your family, and your fellow human beings. Find compassion and understanding for yourself and others. Aspire to live in truth and harmony.

Listen to your heart. It takes courage to do what is right. Never be afraid to stand up for what you believe in. Take risks and learn new things, even when it means leaving the safe and familiar.

Live and speak from the heart. Never lie, steal or gossip. Be honest with yourself and others. Be true to your word and walk with honour.

Everyone has been given a special gift. Use that gift to build a peaceful world. Seek to learn all you can and take the time to reflect upon our teachings.

All are equal in the eyes of the Creator and in the human family. Think of others before yourself.  Ask others for their thoughts and guidance and acknowledge your limitations. Humble yourself to the Creator by being thankful.

Always seek Truth.  Be accountable for all you say and do. Believe in yourself. Live the Truth by living all these teachings – Respect, Love, Courage, Honesty, Wisdom and Humility – and bring them to the world.

KCA has been approved by provincial and federal ministries to take on major responsibilities. Since 1998, we have provided centralized services to Ontario Works/Ontario Disability Support Program administrators at all nine First Nations. The Min-O-Qwe-Ke-Ga-Bw’en Social Services Program handles community visits, internal file audits, eligibility reviews, appeals, training, reporting on their behalf, and provides emergency support when local staff are absent or a position is vacant. In 2019-20, the governance of environmental health services in the Northwest will be transferred from the First Nations and Inuit Health Branch of Health Canada to KCA, with local support from the Northwest Health Unit and Waasegiizhig Nanaandawee’iyewigamig Health Access Centre. 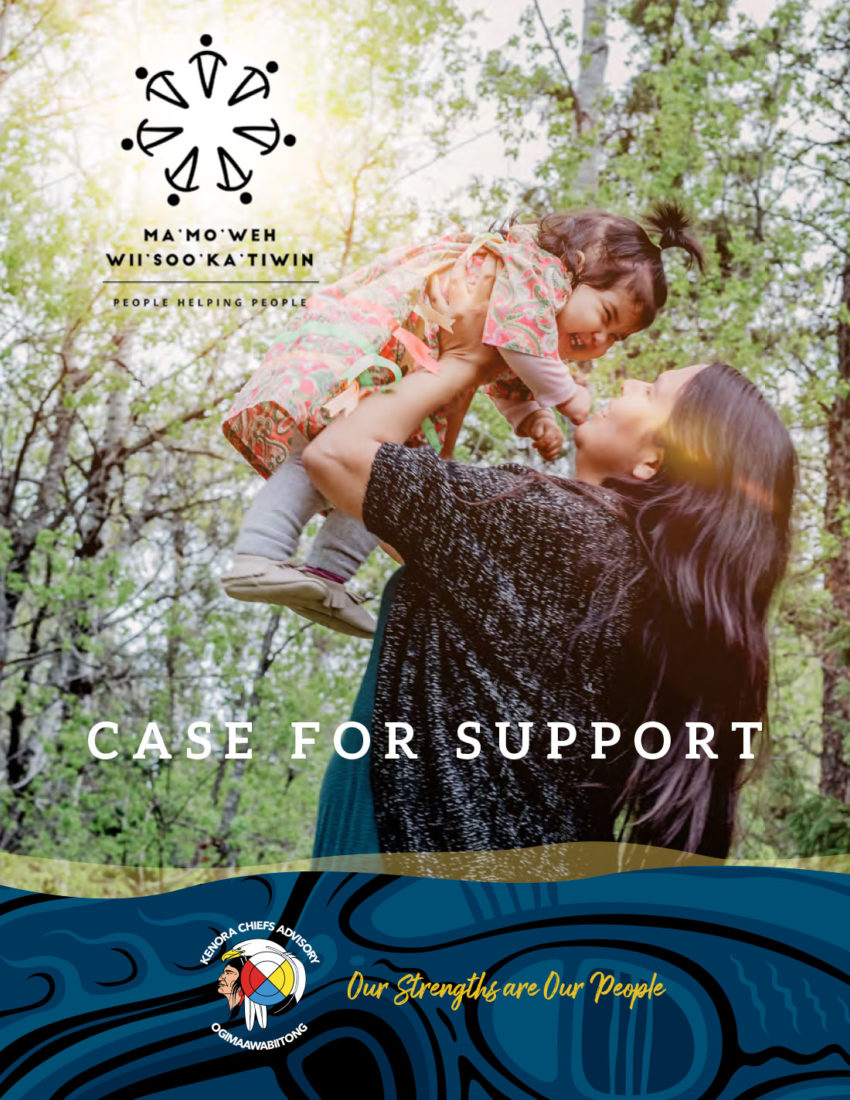 We have the ideas, and with your donation to Ma’mo’weh Wii’soo’ka’tiwin Foundation, in support of KCA, we can make them happen!

Please read the Case for Support brochure to see how the Ma’mo’weh Wii’soo’ka’tiwin (People Helping People) Foundation is helping their affiliated First Nations.

Read the Case for Support

KCA Board of Directors is made up of the Chiefs of the nine First Nations, supported by a 10-member Elders Council and a nine-member Youth Council. We are directly accountable to each of their communities, and we seek their guidance, wisdom and experience when planning, designing and delivering programs. 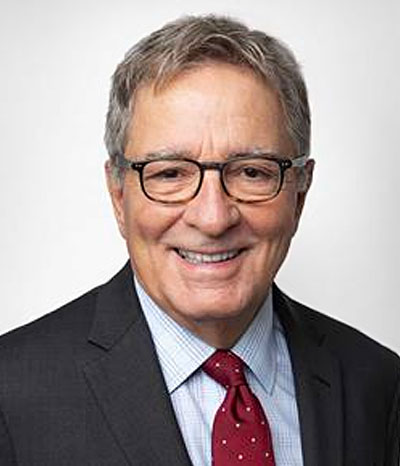 David Zimmer, Past President and Director

David Zimmer is the former Minister of Indigenous Relations and Reconciliation (2013 – 2018) and a four-term member of the Ontario Legislature. He has the distinction of being the longest serving Minister responsible for Indigenous Relations. Mr. Zimmer represented the riding of Willowdale in both the McGuinty and Wynne governments and acted as Parliamentary Assistant to Attorneys General Michael Bryant and Chris Bentley (2003 – 2011) as well as Parliamentary Assistant to Kathleen Wynne, then Minister of Municipal Affairs and Housing and Minister of Aboriginal Affairs (2011– 2013). Mr Zimmer served as a member of the Standing Committee on Public Accounts (2003–06, 2007–11, 2012), Standing Committee on Estimates (2006–07), Standing Committee on Justice Policy (2006–11), Standing Committee on General Government (2012), Select Committee on Elections (2008–09). He is credited with introducing and passing “Elder Abuse Awareness Day” and measures to suspend the driver’s license of anyone who is convicted of impaired boating. 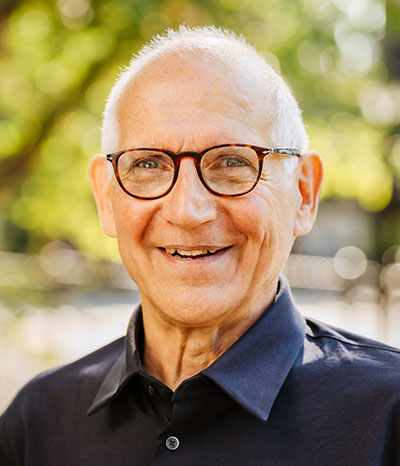 David de Launay is an experienced public sector executive, board member, and project leader presently consulting and giving back through volunteer work. He is on the Advisory Council of the Development Partners Institute which brings together company, Indigenous, and community interests to maximize the social and economic benefits of mining.

From 2013 to 2018, David was the Ontario Deputy Minister of Aboriginal Affairs and of Northern Development and Mines capping off thirty-three years of working with diverse interests to deliver results.  He was a bridge builder with Indigenous People through innovative policy, creative partnerships, and mutually beneficial negotiations.

As well as chairing the Ma’mo’weh Wii’soo’ka’tiwin Foundation Board, David is a Director of LOFT Community Services and a member of the Trent University Board of Governors’ Property and Finance Committee and of the Selection Committee for Ontario Public Service excellence awards. 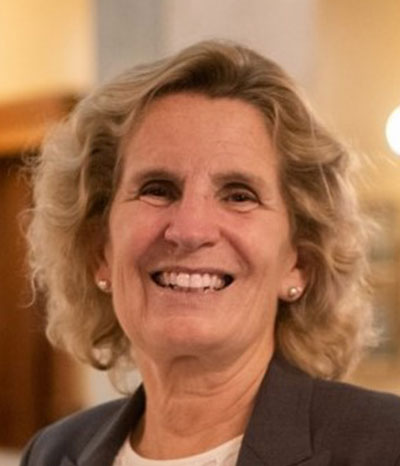 Kathleen Wynne was Ontario’s 25th Premier. She was first elected to the Ontario legislature in 2003 as the MPP for Don Valley West, and she became the leader of the Ontario Liberal Party in January 2013.

Kathleen has dedicated her professional life to building a better province for the people of Ontario. She and her government were guided by the values and principles that knit this province together: fairness, diversity, collaboration and creativity.

In her role as Minister of Aboriginal Affairs, Kathleen worked in partnership with First Nations communities to address issues such as mining development, First Nations land claims, and improving quality of life for Indigenous people living off-reserve through affordable housing and recreation programs.

Kathleen has served as a Public School Trustee in Toronto. She has led citizens’ groups in a number of grassroots community projects, and has played a major role as an organizer and facilitator. This experience has contributed to her results-based approach to life, government and community.

Kathleen has three adult children, Chris, Jessie and Maggie, and four grandchildren, Olivia, Claire, Hugh and Violet. Before moving to Alliston, Ontario, Kathleen and her partner Jane lived in North Toronto for more than 30 years. 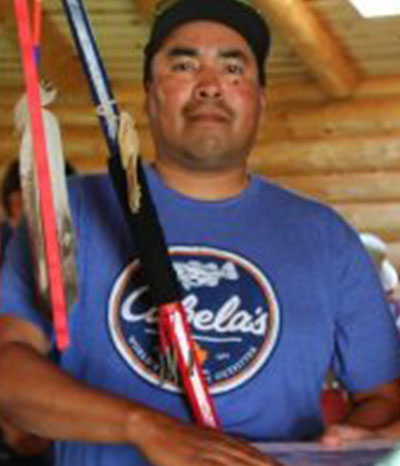 Chris Skead has been a Councillor in Wauzhushk Onigum since 2011 and a Chief since 2013. Chief Skead serves as Secretary and Treasure on the Kenora Chief’s Advisory Board of Directors as well as Grand Council Treaty 3’s Cultural Chiefs Committee.

“From time immemorial, resource-sharing in our territory has been guided by Manito Aki Inakonigaawin- our Great Earth Law. When we follow this path and its protocols, wise, fair and sustainable decisions are made for both the land and the people …for all the people who share these lands.” 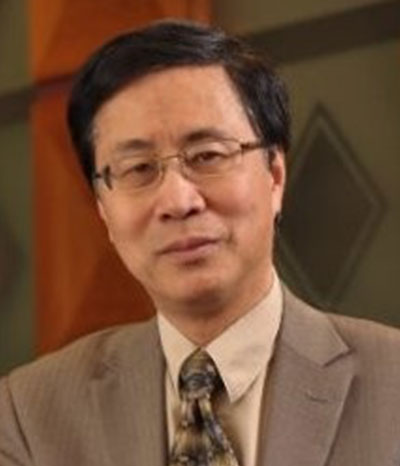 Stephen Chan was the founder and CEO of DapaSoft Inc., a software and IT consulting company based in Toronto.  Dapasoft was sold to the Calian Group in February of 2021.

Stephen has a Honors Bachelor of Mathematics in Computer Sciences at the University of Waterloo plus Bachelor of Civil Engineering at McMaster University. 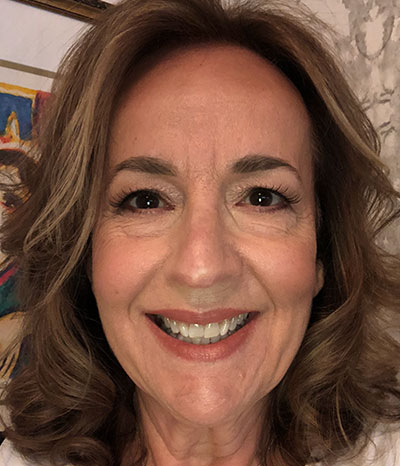 Hanita Tiefenbach is a former Assistant Deputy Minister, Ministry of Aboriginal Affairs. Prior to her retirement, Hanita held a number of senior positions at the Ontario Public Service in the areas of health, indigenous affairs and inter-governmental relations. Her areas of expertise include strategic planning, innovative policy and program development, building productive relationships, and program operations. Hanita’s background also includes experience in the hospital and private home care sectors prior to joining the OPS. Hanita has worked with the Kenora Chiefs Advisory over the years, and is thrilled to be part of this initiative that will contribute to the well-being of the member First Nation communities.