Mino bimaadiziwin — living the good life – hasn’t always been easy on the nine First Nations we serve. We’re changing that with culturally-appropriate, holistic programs and services that really work. Here are a list of some of the initiatives the foundation has been involved with. We are truly changing lives for our First Nations. 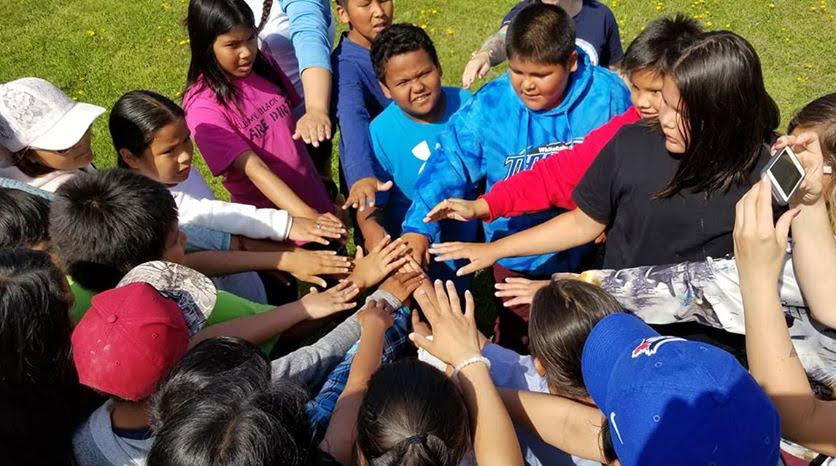 Led by a nurse and a dietician, education sessions show participants how to reduce the risk of diabetes with information on healthy lifestyle choices and nutrition and blood glucose screenings. People with diabetes can get advice on preventing and managing complications, as well as referrals to clinical and support services.

KCA works with local community staff, providing support, training and resources that enable seniors and people with complex medical conditions to maintain their health and independence with customized homemaker and home support services.

To help prevent FASD births and improve the quality of life of FASD-affected children and their families, this program provides prevention outreach (family planning, risks of drugs and alcohol during pregnancy); workshops on traditional birthing practices, community gardening (access to healthy food), breast-feeding and parenting; and referrals to pre-natal care, cultural support, and Case Management.

The Learning from Mother Earth Project works to reduce the impact of climate change on Anishinaabe communities. Due to aging infrastructure, geographic location, and close ties to the land, Indigenous communities in Canada’s north are the first – and hardest – hit.  It is vital that traditional knowledge and the perspectives of women, children and youth be at the heart of planning and development. By ensuring these voices are heard, this project empowers community members to recognize their strengths, build internal partnerships, and better understand and respond to the effects of climate change on themselves, their families, and their community.

In February 2018, KCA delivered the first school-based Listening to One Another program in Canada at Asubpeechoseewagong First Nation. Developed by a collaborative of First Nations and university research teams from four provinces, the 14-week program for youth and their families uses cultural teachings to strengthen participants’ sense of belonging and connection to the land. The sessions provide training in problem-solving, communication, emotional regulation, dealing with bullying and discrimination, and seeking help. As well as its own staff, KCA partnered with McGill University and Abinooji Anishinaabe Family Services to train another 30 Treaty 3 Prevention Workers to deliver the program.

To address the high and persistent rates of youth suicide in our communities, KCA provides leadership, communica-tion and personal skills training to teens so that they can help their peers with friendship, support, conflict resolution and problem-solving. The curriculum is built around traditional teachings and ceremonies, and covers confidentiality and trust, self-esteem, self-care, healthy relationships and sexuality, goal-setting, boundaries, positive influences, peer pressure, making decisions, trauma, stress, bullying, empathy and coping strategies.

Community workshops on key topics teach people the life skills they need to go to work:

For the first time ever, First Nation people with disabilities are receiving employment counselling, job search/ application and resume-writing training, service referrals, and job coaching services through this pilot.

“Participating in the KCA Employment Support Program provided me with supports while I was employed with the Naotkamegwanning Circle of Hope Program… it was great! I learned to socialize with people young and old. It gave me the will to speak out a little more, it helped me be more confident. I got to learn more techniques that will help me in future employment. Having the opportunity to work within the health setting was a great learning experience for me because I do plan on training to become a Doctor after I graduate.”

Counselling, referrals to addictions treatment, and treatment aftercare are provided to clients aged 12+.

Clients aged 18+ and their families receive counselling and referrals to external services.

Crisis intervention services are available at the individual, family and community levels. Workers support community members for a brief time to get them through the initial crisis and strengthen their ability to cope mentally emotionally and spiritually. Working with KCA’s Cultural Coordinator, Case Managers also help community members find healing through Anishinaabe ceremonies and other traditional ways, delivered by Elders, Knowledge Keepers and Healers from member First Nations.

Youth transitioning out of the child welfare system are helped to identify needs, set goals, and access mental health services and housing, education and employment supports.

Through workshops and presentations, community members increase their awareness of all forms of violence – school (peer pressure, bullying), family, workplace and lateral (between peers/equals) – and learn about its effects on their families and themselves.

Through a unique partnership with the OPP and Treaty 3 police, KCA Youth Mental Health Workers ride with officers responding to day–time calls involving youth in crisis in the Kenora area. It means that kids aren’t alone while they wait for immediate support at the hospital, nor sent home without being connected to ongoing supports after the intervention.

Because of a history of poor experiences with police, many at-risk Indigenous youth won’t seek help, but these teams actively search them out, often diffusing problems before they become crises; at the same time, better relationships are being built between youth and police, as well as with the local hospital.

In 2015, several Treaty 3 Chiefs joined forces with KCA to develop a mental health strategy that would support the most marginalized and hard-to-reach children and youth in their communities.

A key element was bringing people together through baseball, which led to the creation of the KCA Family Rookie League, in partnership with the Jays Care Foundation and Right to Play.

The goals were to engage a large number of community members of all ages in weekly sport and play, and by reviving a love of baseball, to reduce the number of mental health concerns reported by children and youth.

By May 2017, eight First Nations were participating with players as young as four and as old as 100, with remarkable results (see box). The rules of play were adjusted so that community involvement – coming to practices and games, providing meals, and cheering on every player regardless of talent – earned as many points as actually winning a game.

Chiefs and Elders were invited to lead opening ceremonies before each game and a drumming group led the Opening Ceremonies at the Beyond the Ballpark end-of-season tournament.

Reactions from real participants in the program:

“This was an opportunity to be part of something bigger than myself, part of a team, to endure things together.”

“It has given me lots of courage and energy, something to look forward to.”

“It brings the best out of us. It brings me joy and happiness.”

“It gives me the freedom I need. I don’t have any insecurities, I just feel free. That helps me heal.”

In 2017, KCA spearheaded the All Nations Health System initiative with multiple partners. Modelled on the Meno-Ya-Win Health Centre in Sioux Lookout, the initiative will harmonize funding, services and governance to provide barrier-free health care. A modern hospital campus will be culturally sensitive to Indigenous people and use both traditional healing and mainstream treatment to improve health outcomes. To date, $2.5M has been received from the Ontario Ministry of Health and Long-Term care to conduct a community consultation and a feasibility study; a two-year planning phase was approved by the Ministry in early 2019, supported by a $375,000 contribution from Health Canada.

For over a decade, KCA has been working to meet the needs of youth in acute mental health crisis. Currently, young people are stabilized at the Lake of the Woods District Hospital in Kenora or the Child & Adolescent Mental Health Unit in Thunder Bay, 489km away. KCA’s proposed model will provide a safe, local, home-like setting where kids aged 10-18 and their families can work on recovery together through wrap-around, bi-cultural programming. In early 2019, KCA received funding from Health Canada for two beds – located at Anishinaabe Abinooji Family services in Kenora — and is now seeking funds for another eight beds and construction of the building that will house them.

When the Province announced funding for 10 service hubs to address gaps in youth service in 2017, KCA stepped forward as the lead agency in a successful bid to locate one in Kenora. Each hub is a youth-friendly space that provides the right services – mental health, substance use, primary care, housing, training, employment, system navigation — to youth aged 12-25 and their families at the right time, in one place. In early 2019, premises were found for the Kenora Hub, and KCA has hired four staff to deliver programs.

Illegal drug use and drug trafficking have been declared a public health crisis at Naotkamegwanning, Animakee Wa Zhing #37 and Northwest Angle #33 First Nations. In mid-2018, KCA began working with Chiefs and Council to create the Tri-Community Drug Action Table, a group of community members and experts dedicated to creating healthy, safe communities. Targeted, evidence-based activities include:

KCA Mental Wellness Workers provide frontline mental health support to the 24 residents of the Nechee Friendship Centre’s Bail Supervision and Aftercare program in Kenora, as well as any KCA community members living in Kenora. The service is an extension of KCA’s Adult Mental Health and Addictions Program.